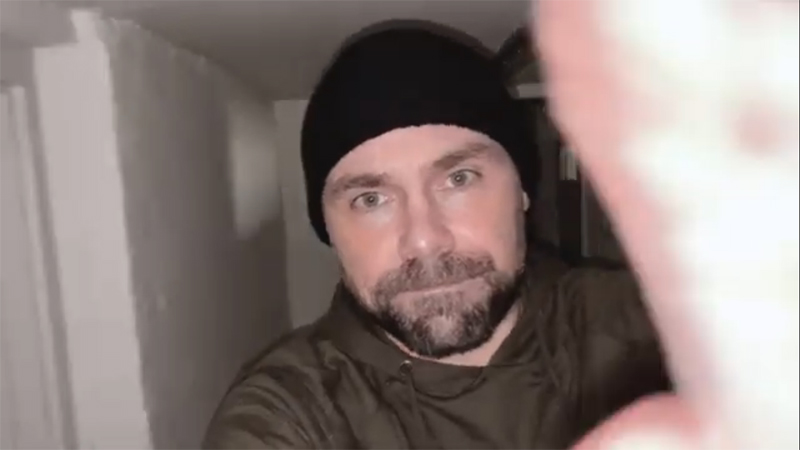 Finding Doctor X is an award-winning Vlogging mockumentary web series created by Danish independent filmmaker Martin Sommerdag. A graduate of both Filmtrain Film School and The Short & Documentary Film School in Denmark. He has created a critically acclaimed filmography such as the tragiccomic documentary portrait ‘Dead Man Singing’, ‘The Orange Tune’, ‘Tunguska Diaries’, and the eight millimeter horror sequence ‘Ebola Warning’. Despite having a zero budget Finding Doctor X has been doing very well on the festival circuit already picking up a number of awards.

Join the search as a Vlogger looks for clues into his father’s mysterious disappearance and stumbles upon his classified scientific research that is beyond this world.

What happened to him? Is he still alive? Do you have any clues about my father’s disappearance, classified fieldwork or whereabouts?

For more details on Finding Doctor X visit their page on IMDB.

This is my first video log. I am trying to find my father — he mysteriously disappeared in 1997. I gained access to his secret safe at home and discovered his classified research in microbiology along with some scientific artifacts. I have decided to publish some of his research — in hope for answers about his disappearance. I have digitized a slice of 8 millimeter classified research footage, that reveals a secret biological experiment on an unknown human.

I received a message from an unknown Danish scientist, who claims he has knowledge about my father’s classified work and his mysterious disappearance in 1997. We met at a deserted location and I documented it on my iPhone. I have cut out bits and pieces of the encounter – the man was hazy and talked in circles about weird clinical trials on cephalopods and human intelligence – named Project Octopada.

VLOG.3 The Secrets Of The Flash Drive

I have taken a look at the flash drive I received from the weird Danish scientist who I encountered awhile ago. It contained a text file and a worn standard definition video clip of a clinical trial. The flash drive took me to Germany, somewhere in the Ruhr district.

VLOG.4 The Mystery Man In The Dark

I received a new strange text message from the unknown Danish scientist who also contacted me in the past, claiming to have knowledge about my father’s classified work. This time the mystery man wanted to meet me at some railway tracks under a gloomy bridge outside the city.

I received a worn VHS-C tape from him. I digitized the bizarre footage on the VHS-C tape and put it at the end of this video log 4. While I was documenting the encounter on my iPhone something unexplainable happened to the mystery man.

I am getting closer to the truth about my father’s classified research. I have discovered an experimental psychic serum in a little strange glass flask, tucked away in my father’s old safe. I take a trip into the woods to test the serum on myself. But I am not alone in the woods, I have a strange feeling that I am being observed.

The flask is identical with the flask from the bizarre video tape, which the mystery man handed to me in video log 4. The video tape documents a human who develops psychokinesis after consuming the unknown liquid from a little strange glass flask — I have concluded that the little flask from my father’s safe contains the same psychic serum.