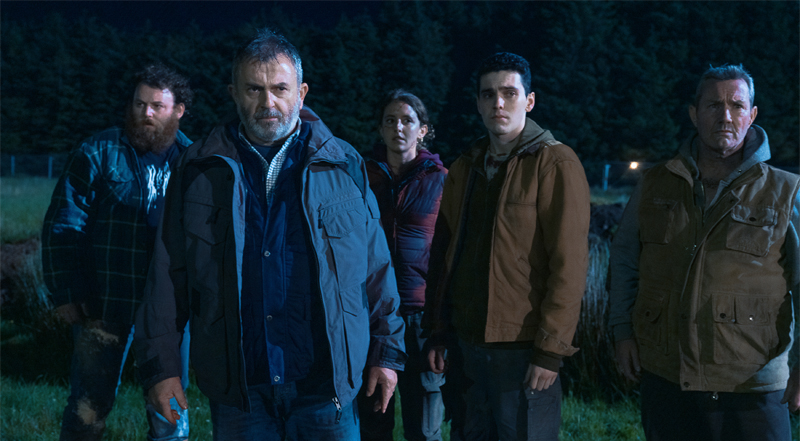 Vertigo Releasing have announced that BOYS FROM COUNTY HELL, the ultimate Dracula ‘origin story’, is releasing in UK cinemas on June 18th. Vertigo will also be partnering with Wildcard for the Irish theatrical release which is to be confirmed.

Just when you thought the vampire film had been drained dry, along comes an unexpected and original spin on the genre from writer/director Chris Baugh, with the follow-up to his acclaimed crime thriller debut Bad Day For The Cut. With nods to Ireland’s formidable horror heritage (the local pub is called ‘The Stoker’ after the Dracula author), it follows recent Irish folklore horror hits The Hallow and The Hole in The Ground, whilst also injecting some surprisingly hysterical moments. It echoes Clive Barker’s Irish-set eighties creature feature Rawhead Rex, as well as a delectable sense of the backwoods dread present in 2019’s Scottish rural thriller Calibre.

BOYS FROM COUNTY HELL received its World Premiere in Official Selection in the Midnight section at the 2020 Tribeca Film Festival, and played in the Panorama Fantastic section at Sitges. The film recently played at this year’s Virgin Media Dublin International Film Festival.

WATCH THE TRAILER BELOW

Welcome to Six Mile Hill, a sleepy Irish backwater whose only claim to fame is the somewhat dubious local legend that Bram Stoker once spent a night in the local pub. It’s home to Eugene Moffat, a young man who fills most of his days drinking pints with his friends and pranking tourists who come to visit the gravesite of Abhartach, a legendary Irish vampire some believe to have inspired ‘Dracula.’

When a personal tragedy forces Eugene to go and work for his gruff, no-nonsense father he finds himself on the site of a controversial new road development that threatens to destroy the town’s livelihood. But strange events unfold when Eugene and the crew tear down a famous cairn believed to be the final resting place of Abhartach and they soon come under attack from a sinister force that has infected one of their workmates. As the night closes in The Boys must fight for survival while discovering the true horror of a myth that hits much closer to home than any of them realise…